PROTECTING AND PRESERVING OUR HISTORY 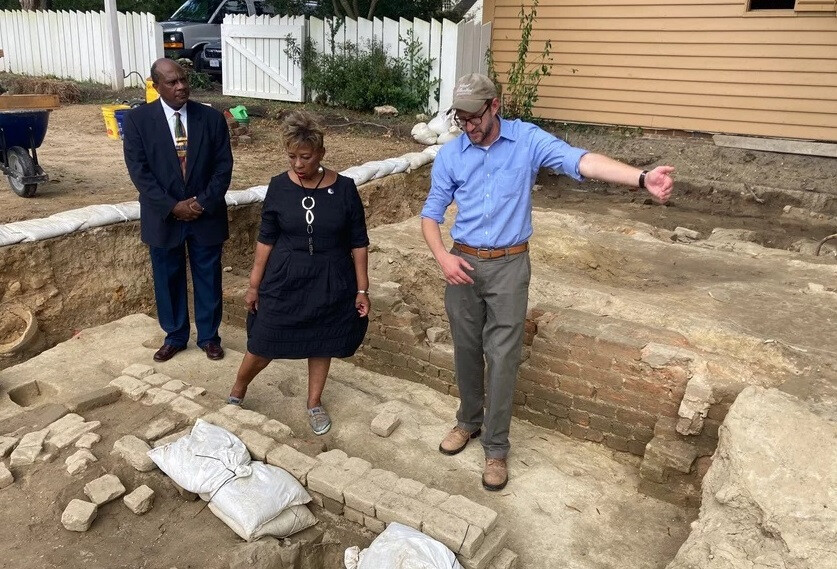 Excavation of Graves Begins at site of Colonial Black Church

Archaeologists in Virginia began excavating three suspected graves at the original site of one of the nation’s oldest Black churches on Monday, commencing a months-long effort to learn who was buried there and how they lived.

Before excavations began Monday, a private blessing was held. “It was important for us to have that ceremony — to bless the ancestors,” said Connie Matthews Harshaw, a church member and board president of a foundation that preserves First Baptist’s history. “Because we don’t know their names. Their names are known only to God.”

First Baptist’s original church was destroyed by a tornado in 1834. The second structure, built in 1856, stood there for a century. That building was bought in 1956 and razed to build a parking lot for Colonial Williamsburg, a living history museum that was expanding at the time and that now has more than 400 structures.